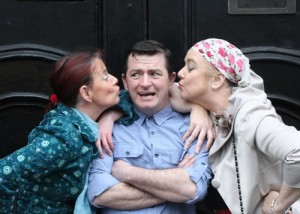 Suzanne Lakes is an Irish actor and playwright. As a playwright Suzanne has written, produced and performed in five of her own plays. These include ‘Goodnight Alice’ , ‘I Pretend’, ‘Up Yours Your Honour’, ‘My name is Mary’ and ‘Mammy’s Boy’. Read reviews…

Suzanne’s theatre credits include Maureen Folan in ‘The Beauty Queen of Leenane’ (The Civic Theatre), Maggie May in ‘Portia Coghlan’ (The New Theatre), Dee in ‘My name is Mary’ (Project Arts Centre), Mary Byrne in ‘The Tinkers Wedding’ (International Theatre), Dinah in ‘On Raftery’s Hill’ (Andrews Lane), The Widow Quinn in ‘The Playboy of the Western World’ (Inchicore Theatre) and a one woman show called ‘And then there was Me’ at the Dublin Gay Theatre Festival. 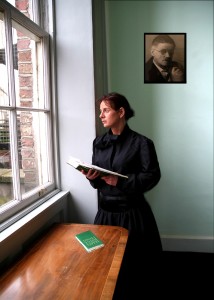 Suzanne’s  TV work includes ‘Fair City’ and ‘The Clinic’. She has performed in numerous short films screened at festivals around the country and recently played the part of Paula Richards in the feature film ‘Sweet Dreams’. For her performance she was nominated Best Actress at the Los Angeles Film Freeway Festival 2015.

Suzanne has performed pieces from Ulysses for over 12 years in association with the James Joyce Centre ‘Bloomsday’ Festival. She has also toured for over 5 years with Childrens’ Theatre and partakes in various education projects. Suzanne graduated from Inchicore Drama College in 1999 with distinction in Theatre & Performance and continued her training at Advanced Acting for Camera (John Cantwell) and The Stanislavsky Studio (Focus Theatre).